Kia Motors is the second-largest South Korean automaker that is also serving many parts across the globe. It is a subsidiary of Hyundai, the country’s leading automaker that is also the fourth largest in the world. Here are some more interesting facts about Kia that you might not know before reading this article: 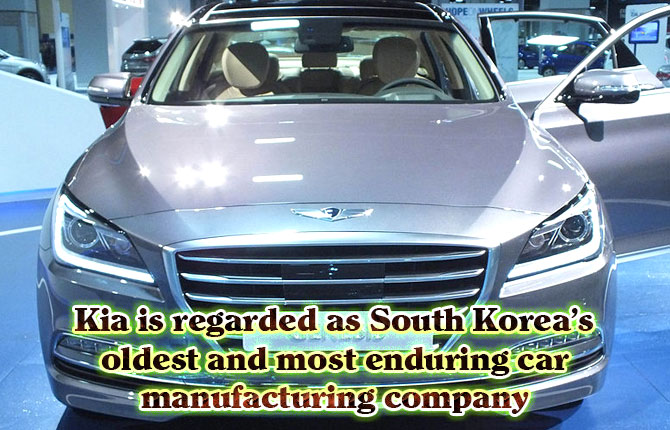 Kia Motors was founded on December 11, 1944, when Korea was still under Japanese rule during the Second World War. They started their career by manufacturing personal vehicles, mainly motorcycles and bicycles. Later in the 70s, Kia launched its very own line of cars and trucks. 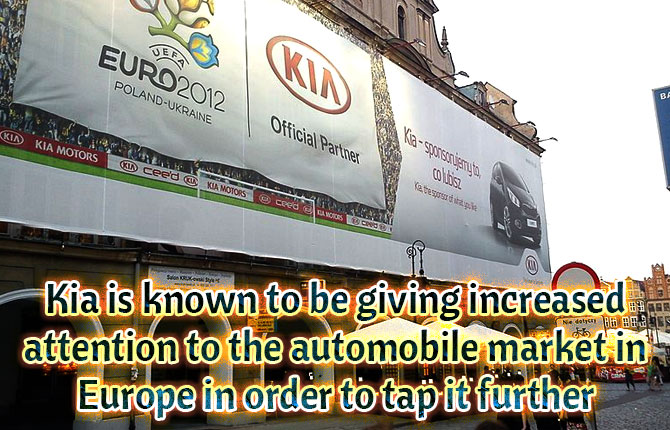 Kia has had a strong focus on the European market since 2005. In order to strengthen its chances of future growth in the continent, it hired German car designer Peter Schreyer whose one of the famous creations is the Audi TT. Kia is also one of the fastest growing companies in the UK alone. Kia sold 2.7 million vehicles in 2012 and 2.75 million the following year, making it one of South Korea’s biggest car brands. Kia Has Been Manufacturing and Providing Military-Grade Vehicles to The South Korean Army Since 1976, and The Defense Arm Makes A Total of Six Military Vehicles

Kia was designated by the South Korean government as the only maker of military vehicles. Presently, the company is creating and designing a Kaiser Jeep M7-15-type vehicle. A South-Korean company Kia cooperated with the Japanese company Mazda for the sake of a mutually beneficial partnership. It resulted in Kia’s favor – they successfully developed their own engine in the early 1970s. And then 2 years later, Kia manufactured first ever car of their own design known as Kia Brisa, an exact copy of the Mazda 1300.

The first shipment of Kia Brisa was exported to Qatar. The Slogan of This Automobile Company is “The Power to Surprise”

The slogan definitely helps Kia Motors in promoting its brand globally. The company aims to provide a unique experience for its customers as well as to its core beliefs: “spirited,” “human-driven” and “challenger.”

Kia had to face a sharp decline in sales in 1998 that caused a financial crisis. As a result, the company lost most of its assets and independence and was forced to join hands with another South Korean company, Hyundai. In 1999, Hyundai acquired Kia and these two South Korean automobile manufacturing companies started operating under the name of ‘Hyundai Kia Automotive Group.’ Credit that to Peter Schreyer (whom we mentioned earlier), the German car designer who was hired by Kia in 2007 as the new Chief Design Officer. Kia Operates in All Continents Except One

Kia has its production plants in all continents, except Australia.

The Secret Behind Kia Ceed’s Name

The Ceed is Kia’s first-ever European-designed car that was built precisely according to the European quality standards. Kia’s intent was to sell and manufacture the vehicle exclusively in Europe. The car’s name is also according to the purpose it was built for. Ceed is the abbreviation for the “Community of Europe and European Design”.

Just Like Hyundai, Kia Models Are Also Named After Something Famous

Lots of Kia models are named after geographical objects. For example, Cerato is a Greek word that translates to ‘Peak’; Mohave is a desert in Southwest of the United States of America, and Sorento is a city of Italy.

Kia Sportage is indeed one of the best and most popular SUVs. The first Sportage was released back in 1994. It was based on the Mazda Bongo Chassis. In the beginning, Kia Sportage was manufactured only at the Karmann factory in Osnabrück, Germany. Later, the company started producing its subsequent generations in Korea, Indonesia, Kazakhstan, and Slovakia.

Kia has been awarded for hundreds of times in different countries because of its high-quality automobiles. In 2013, the Kia Quoris received ‘Car of the Year’ award in the UAE. The Kia Optima was ‘Car of the Year’ in the USA in 2012.

Kia is Inspired by Maserati

Who doesn’t love the luxurious cars manufactured by this Italian company, Maserati!? Kia’s Stinger is inspired by the 1970’s GTs such as the Maserati Ghibli. The Stinger is a rear-wheel-drive sedan that features a 272kW 3.3liter turbocharged V6 engine – it is claimed to reach 0 to 100 km/h in less than five seconds only.

In 2016, Kia created the Sorento X-car in collaboration with Twentieth Century Fox. It was for the promotion of “X-Men: Days of Future Past.” The following year, the car was displayed at Melbourne Park during the Australian Open.

Thinking of getting yourself a Kia? Know more about this Korean automobile manufacturing company and Hyundai in this excellent book “Hyundai and Kia Motors: The Early Years and Product Development” by Donald G Sotherton. Kia is one of the leading Asian car brands in the United States, based on sales. However, Kia’s sales decreased by 0.8% in March 2016 compared to the same period the preceding year. The Sorento was the top-selling Kia car in the US in 2018. Hyundai acquired rival Kia in 1998, a year after suffering an upset due to over-expansion as well as the Asian economic crisis.