There are cars in the world are too rare that they command a steep price! So what makes them rare and expensive? Here are some of them! Of course, when we think of Porsche, we think of anything expensive. But it seems unlikely and ironic that the Porsche 916 failed to attract buyers because of its too high price tag. Each of the Porsche 916 was priced $14,000, and that’s an awful lot of money in the 1970s. So Porsche ultimately abandoned the project after releasing the prototypes.

The car can scorch the road up to 145 mph, making it one of the fastest Porsche models during that time. Recently the 916 has sold for $3 million to private buyers. You’d think that’s a recently-released Batmobile-inspired car, but the Phantom Corsair is well quite ahead of its time when it came out in 1938! It features design and engineering marvel which made the car so revolutionary during its time. It has an altimeter, self-opening doors, and even beverage closet at the rear! Only one Corsair was produced, so it’s not a distant probability that this car could easily break the $10 million mark if it is ever auctioned. The Packard Panther was meant to showcase a number of features that were deemed revolutionary of its time. Built in 1954, this sporting convertible had Clipper taillights (in the original model) and a single fiberglass body. Only one model had a removable top roof. 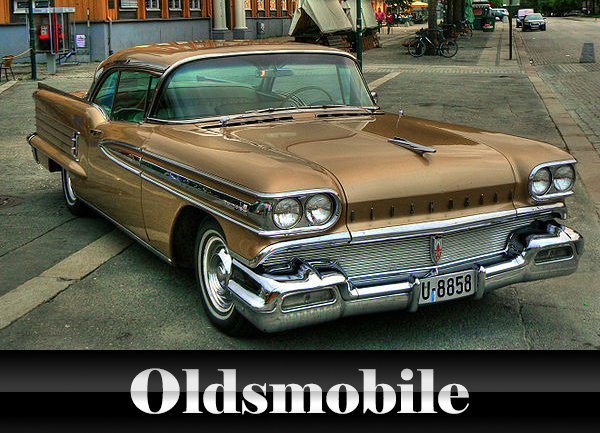 Even if the Oldsmobile went into full production, it will still be in hot pursuit by many car collectors. Its gorgeous one-piece fiberglass body and design alone make the Oldsmobile one of the most coveted cars. The Oldsmobile is also an exceptional engineering feat, featuring an impressive 250 horsepower V8 rocket engine.

The Barrett-Jackson Collector Car Auction recently sold the Oldsmobile for $3.5 million, making the deal the biggest sale ever yet in the auction company’s history books. The Mercedes-Benz 300 SL Gullwing is still a badass car, even 60 years after it was first released. It’s because it has the unique gullwing doors, but it’s not just those! It was also the first car to include a fuel injection and was the fastest car in its time with speeds reaching up to 160 mph! It became an instant hit after it was unveiled at the New York Auto Show in 1954, and its legend as well as value have even grown further over the years. Recently this car has sold for $1.5 million at an auction. Helica is an extremely antique, rare and the unusual car which was the brainchild of French inventor Marcel Leyat.

The car was dubbed as the “plane without wings.” The passengers were seated behind each other they would do in an airplane. The vehicle was driven by its rear wheels, and wasn’t powered by an engine but rather by its huge propeller similar to that of an aircraft. It was quite light, weighing only 550 pounds, and this made the Helica to reach speeds up to 106 mph — quite fast at the time.

Leyat’s automobile manufacturing firm, also named Leyat, produced just 30 Helica’s during the 1920s owing to its dangerous speed and weird design. Nowadays, the surviving units are in the possession of lucky private collectors. One original Helica could easily fetch as much as $20 million at an auction. The Ferrari 250 GT Spyder is also extremely rare because it is the only one convertible produced by the Italian automaker — in fact, it is the rarest of all Ferraris! Each other version of the 250 GT were built between 1953 and 1956 were coupes, meaning they had fixed roofs. Today, Ferrari’s only convertible could fetch a price of up to $10 million or more. The ZL1 Camaro is considered the best among the muscle cars as well as the rarest because it was built in the final model for the Camaro’s first generation (1967-1969). It features a rear-wheel drive and can be fitted with different types of engine in its engine bay. The first generation of the ZL1 has sold around $1 million at auctions in the US. The 1931 Bugatti Royale Kellner Coupe is also an extremely rare car because only six units rolled off the assembly line. This gorgeous vintage car is powered by a 12.7-liter aircraft engine and could easily command a hefty, hefty price. It netted an incredible price of $9.7 million at Christie’s auction in London in 1987. It is considered one of the most expensive cars ever because it is now valued at approximately $19 million, about double of the 1987 auction price. The Aston-Martin Bulldog bears an uncanny resemblance to the DeLorean, not to mention that the two cars have the same gullwing doors. The British automaker actually built this odd-looking vehicle to see if it would do well on the market. They initially planned to manufacture the first 25 units for this project, but it turned out that they built just one, making the Bulldog extremely rare of its kind.

Although this car was made in England, the Bulldog has a left-hand drive. It is also quite low at 43 inches in length and quite long at 15 feet. As you might expect from this futuristic-looking car, the Bulldog features a digital instrumentation as well as a television on the rear side. It is also equipped with a 5.3-liter twin turbo V8 engine and can accelerate up to 190 mph. In 2011 it was acquired by a private buyer in England for $1.3 million, although it is now painted green and is no longer in its original color, silver. The Tucker ’48 was named after its creator Preston Tucker, and model year (1948). Tucker managed to roll off a total 51 units in Chicago before his business closed down in March 1949 following a stock fraud scandal. Despite Tucker’s eventual acquittal from the charges, his company never rebounded. Thus, the 51 Tucker 48‘s he produced became extremely rare. The car now commands an estimated $1.2 million.

Among the proud owners of this rare sedan is director Francis Ford Coppola, who also helmed the 1988 film Tucker: The Man and His Dream based on Tucker’s story and his legendary car. The now-defunct automaker Talbot-Lago had changed ownership throughout much of its existence and even filed for a bankruptcy protection a lot of times. Apart from manufacturing regular cars, Talbot also built race cars that scorched the roads at Formula One and World Rally Championship (where it even won in 1981). One of them is the Talbot Lago Grand Sport, which was released in 1948. Aside from the racing versions, this model was also launched in luxury car editions.

What makes the Talbot Lago Grand Sport rare and expensive? Not only the car is a strong reminder of the French automaker’s legendary history, but only 12 units of the luxury versions were produced, making it a sought-after item for car collectors. It fetches a price tag of up to $2.5 million. Now you are here for the rarest and most expensive car on the planet — the Rolls-Royce 15 hp. Launched in 1904, it was Rolls-Royce’s first model car which paved the way for the company to become a legendary brand now famous for its luxury vehicles.

The model’s name was based on its 15-horsepower engine, which is sluggish for today’s standards but a quite big deal during the time of its launch. It features a three-cylinder engine and its speeds can reach up to 39 mph. Although six original models were produced, only one model survived, making the Rolls-Royce 15 hp the oldest and rarest in the world. Insurance companies have estimated its replacement value at a whopping $35 million!