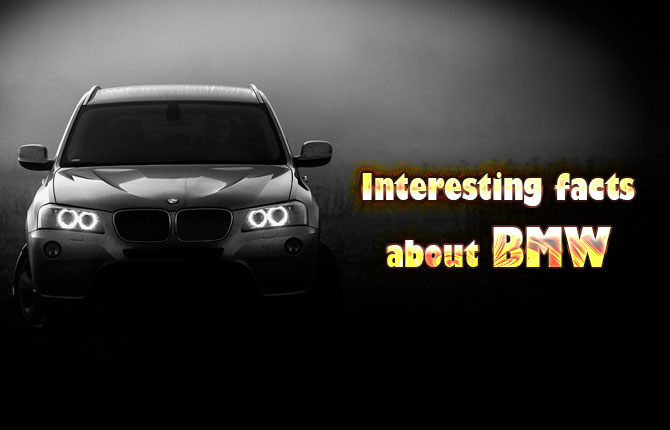 Check out some interesting facts about BMW, the German luxury car manufacturer that’s one of the world’s finest. Does the M1’s design remind you of the DeLorean? The M1 was the creation of Giorgetto Giugiaro, the same man behind the iconic DeLorean. He’s considered as one of design’s legends — he was also responsible for other supercars (such as the Lotus Esprit) and other objects like the Nikon D4 camera and even a pasta. BMW and Italian automaker Lamborghini entered into an agreement to build a production racing car. However, due to financial reasons Lamborghini backed out, which prompted BMW to produce what could be the M1, by themselves. BMW is a result from several mergers, and one of its predecessors was the Rapp Motorenwerke which used to build aircraft engines during the early 20th century. Rapp merged with Otto Werke, another aircraft maker based in Munich, to build engines for German warplanes during World War I,

Werke was the son of Nikolaus August Otto, the first man who made the four-cycle engines more practical. The same technology was incorporated into the airplane engines, which led the legendary fighter pilot Red Baron to call the “greatest engine” during World War I. After the Germans were defeated in World War I, the Treaty of Versailles forbade them from producing warplanes and their engines. Because of this, BMW was reduced to making motorcycles but at the same time sought to diversify its business. This led BMW to get into the automotive industry. While BMW’s highest-performing units tend to feature six cylinders, much of the company’s history and legacy rests on its four-cylinder engines. BMW’s four-cylinder legacy reflects on their Munich-based global headquarter’s design. The BMW Z1’s doors slide up and down vertically instead of swinging outward or upward. Too bad that there have been only about 8,000 Z1’s made. BMW M10 four-cylinder engine was introduced in 1961, and went on to become a success for BMW, with over 3.5 million produced in nearly three decades.

About 20 years after the M10 was introduced, engineers managed to get some 1,400 out of it, but still based on the same engine. Brazilian racer Nelson Piquet won the Formula One race with it, which makes the M10 all the more impressive. BMW’s very first was the little Dixi, which was actually a variant of the Austin 7 by English car maker Austin Motor Company. BMW entered a licensing agreement with Austin to produce Dixi, which sold quite well to help the company survive against the prevailing economic crisis during that time. The BMW Isetta is a Italian-designed microcar specifically manufactured and marketed for Italy, Spain, France, Germany and elsewhere. Its peculiar oval shape led it to be dubbed as “bubble car.”

Actually, the iconic logo existed long before it could grace a propeller. The blue and white colors for every quadrant actually represent the German state of Bavaria, the automaker’s home.