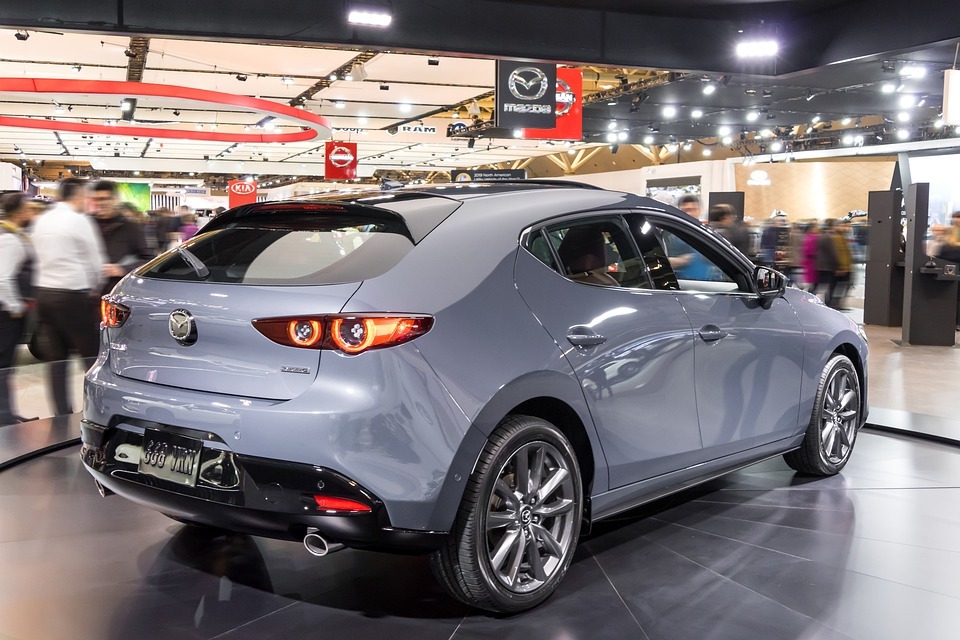 While it might seem like there is an infinite number of car models out there, there are really only ten or so basic car types. Within these broad categories, hatchbacks and sedans both fall into the “passenger car” category. These are vehicles that can’t be classified as SUVs, minivans, or trucks.

But while it was fairly easy at one point in time to tell a hatchback from a sedan, that’s no longer the case. Luckily for you, we’re breaking down the similarities and differences when it comes to sedan vs hatchback. So keep on reading and we’ll walk you through everything you’ll want to know!

A sedan is essentially a passenger car that has four doors and a separate trunk. The trunk is a totally enclosed cargo space. It’s separated from the passenger area thanks to the rear seats.

A lot of sedans come with rear seats that can be folded down. This opens a pass-through so that you can store big items that normally wouldn’t be able to fit in the trunk.

However, if the rear seat is in its upright position, then the trunk will be sealed off from access and snooping eyes.

A sedan is said to have a three-box body.

The front box is where the engine is. The middle box is bigger and is where the passengers sit. Finally, the third box is in the back and is made up of the trunk.

These are the traditional proportions of a sedan and they have been so for decades.

It’s not as easy to define a hatchback as it is with a sedan. Just a few years back, hatchbacks were mainly boxy, cheap, little, economy cars.

They were referred to as two-box cars. The engine would be in the first box in the front and the cargo area and passengers would be in the second box. However, there was no trunk.

Hatchbacks had either four or two doors. And they had a one-piece flip-up tailgate on their squared-off tails. This was known as the hatch.

While hatchbacks were the butt of many jokes, that’s no longer the case. Today, these cars are a lot sleeker. Many of them come with stylized rooflines that sweep down to the rear bumpers.

These cars are built well and can range from affordable to high-end. Examples of newer hatchbacks include the Hyundai Elantra GT, Honda Civic Sport, and Mazda 3.

Volkswagen has continued to produce their traditional, squared-off design for the Golf. However, the model has become a lot more stylish over the years.

The evolution of hatchbacks has made them harder and harder to pin down. Today, there are many cars that can pass for four-door sedans. However, they also have a back hatch that’s utilized into a low roofline that flips up to reveal a big cargo area.

These vehicles are usually compact or mid-size luxury or sporty cars. The list of these cars can include vehicles like the Mercedes-AMG GT53, Kia Stinger, Buick Regal Sportback, and the Audi A5 and A7 Sportback.

Their lines are aesthetically pleasing and the roofs slope into what could be viewed as a small trunk. Making things even more confusing, carmakers like to refer to some of these vehicles as four-door coupes. This is because their fastback, low rooflines recall the style of two-door sports cars of the past.

While it might all just be part of the marketing, it’s clear that these cars are very much hatchbacks.

Other than how sedans and hatchbacks look different, the biggest difference has to do with their cargo capabilities. For a given-size vehicle, a hatchback body style can carry bigger pieces of cargo. It can also be more easily loaded and unloaded than a sedan.

The big, flip-up rear hatch door in a hatchback opens to a tall and clear space. This is because there isn’t any package tray in the way.

The majority of hatchbacks either have a soft pull-out cargo-area cover or a solid, swing-up package tray to keep the cargo hidden from view. Both of these covers are easy to remove.

The big hatchback doors allow big and bulky items to be slid into the back of the car after the rear seat has been folded down. You can fit items in a hatchback that you could never fit into a sedan. Practically all hatchbacks that you find at car dealerships have rear seats that can be folded down.

You can flip the rear seats down and turn your hatchback into a miniature SUV.

With a sedan, you are much more limited based on the rear-deck opening when the lid is raised. You also need to make sure that the cargo can work with the height of the rear package tray. This tray is fixed in place.

This also stops you from piling your cargo up high, like how you could with an SUV.

Hopefully, after reading the above article, you now have a better sense of the similarities and differences for a sedan vs hatchback. While a lot of nomenclature in the auto world is all about marketing, it’s still important to know how similar cars differ from each other. This will help you make smarter and more confident purchasing decisions.

Check out the rest of our site today for more helpful articles!