Trans Am Series was founded by the Sports Car Club of America (SCCA) in 1966. It was founded by the president of SCCA John Bishop. It is originally known as Trans American Sedan Championship. Later on, the name was changed to Trans American Championship in 1967. The series competes on different race tracks such as street circuits or road courses. The series is split into two classes TA and TA2. It was done for the silhouette racing cars.

The main production classes of the Trans Am Series are XGT (Extreme Grand Touring, SGT (Super Grand Touring), and GT (Grand Touring). Throughout the history of the Trans Am Series, it has gone through different names depending on the sponsor. It has evolved from the original format such as the Manufacturers’ Championship series for modified passenger Coupes and Sedans. Before proceeding into more in-depth details, check out first where you can play legit darmowy jednoręki bandyta online.

History of the Trans Am Series

The current form of Trans Am Series is Manufacturers’ Championship Series for GT-style racecars. The series was founded at the dawn of pony cars. In the beginning, it was about modified production cars. Also, it was open to FIA Group 2 Touring Cars. In the 1960s and 1970s, the series was best known for the competition of American V8 coupes such as Chevrolet Camaro, Ford Mustang, Plymouth Barracuda, AMC Javelin, Mercury Cougar, Dodge Challenger, and Pontiac Firebird.

There were 2.0 liter and 5.0-liter categories or classes in the series. Talking about the 2.0 Liter category, the classification of the car was of BMW, Alfa Romeo, Datsun, Volkswagen, Saab, and Mini Cooper. 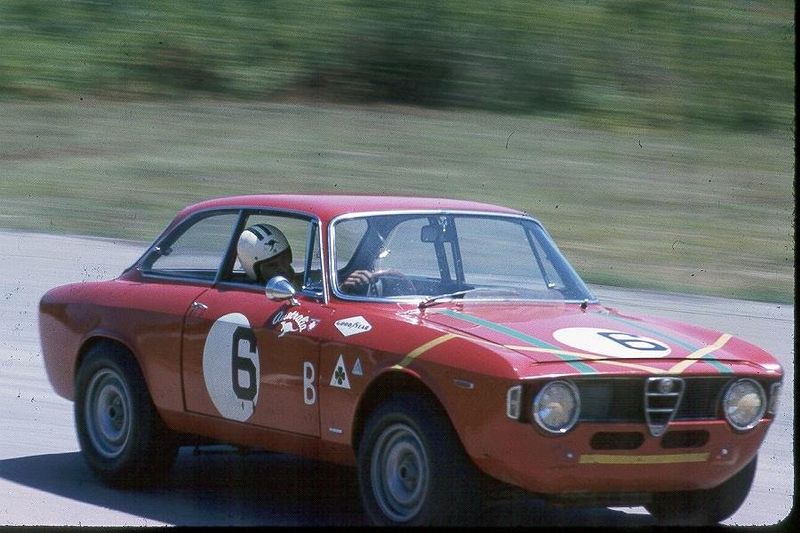 The Trans Am Series starting as a 7-race season was changed into 12 races in 1973. The overall winner of the races was given to Jochen Rindt, who was driving an Alfa Romeo GT. It was one of the successful cars in the series until the arrival of Porsche. On the other hand, Bob Tullius who was driving Dodge Dart happened to finish the race at second overall position. Also, he got the first position in the 2.0-Liter class.

Allan Moffat driving a 1600cc Lotus Cortina won the third race at Bryar. The full factory support was given by the Ford of Great Britain for the Lotus Cortina of Allan Moffat. In 1966, Ford was the 2.0-Liter Manufacturers’ Champion. Along with Tom Yeager and Bob Johnson’s Mustang scoring the majority of Ford’s winning points.

In the 2.0-Liter category in 1967, the Ford edged out the Mercury in the second Manufacturers’ Championship. Porsche was able to lobby the SCCA to reclassify the 911 as a sedan. Later on, it dominated the under 2.0-Liter realm. The 1968 season was marked as the addition of 24 hours of Daytona and 12 Hours of Sebring. It was the only year in which the Trans Am series featured these races. Also, this year was marked as the first time where it went beyond the United States. A race at Mont Tremblant, Quebec was introduced to Canada. From 1969 and onward, the co-drivers were not used in the racing because the race lasted for 2.5 and 3 hours. 1972 is considered the end of Trans Am’s golden era. From 1973 onwards, the Trans Am Series went through the first major rule change. The dominant force in the series was now FIA Group 4 cars because Peter Gregg and Al Holbert, driving Porsche Carreras, finished first and second in the race respectively.

In 1974, on schedule, Gregg won two of the three races. On the other hand, Holbert won the other race Porsche swept through five in the points. Also, it was able to take 8 out of the top 30 spots. Based on SCCA Club Racing’s fastest production car classes, the Trans Am series was reconstructed in 1975.

A year later, Group 4 and 5 cars were added to the mix. As a result, the Tran Am Series was now a two-class system such as Category I and II. In 1978, Greg Pickett was able to achieve the Category II drivers’ title while driving the Chevrolet Corvette. On the other hand, Bob Tullius, driving Jaguar XJS, was entitled to the Category I championship.

By the end of the 1979 season, the Category II class was eliminated from the series because of the rising costs. In 1980, the Tran Am Series began using a handicap system that was based on the ratio of engine size to the car weight with tube-framed cars. The tubular frame standard was maintained since then and ushered in the modern era of Tran Am Series Racing.

After an absence of 14 years, the Chevrolet Camaro was able to regain the Tran Am Manufacturers’ Championship in 1983. It was done by the DeAtley Racing team. They won 10 of 12 races when David Hobbs took the title ahead of Willy T. Ribbs.

The End Of Trans Am Series Open Wheel Racing Series, co-owned by Gentilozzi Gerald Forsythe and Kevin Kalkhoven, was the new owners of the Trans Am Series by the end of 2003. However, the operations of the series were ceased after the 2005 season. It was due to the lack of interest of the participants. On the other hand, the SCCA continued to own the name of the series.

In 2006, the SCCA Pro Racing took over the management and ownership of the series. At that time, only two race events were held at Heartland Park Topeka in September and October. In these race events, the Trans Am Series’ name and rues were used. The fields were supported by a fortune assortment of SCCA GT-1 class amateur racers in town for qualifying for the National Championship in the later week.

Paul Gentilozzi won the races and got the award of the 2006 Trans Am Series Drivers’ Championship. In this race, the racers were not awarded the Manufacturers’ Championship award.

Return of Trans Am Series The Trans Am Series came back to life for the 2009 season. It was back in the game with technical and sporting regulations of GT-1 Club. Veteran Tomy Drissi took the Drivers’ title by winning the Portland Race. In this race, Tony Ave was the runner-up of the series by winning two of two. Ave had monstrous performances in 2010 and 2011 while scoring six wins in each season. Hence, they won back-to-back titles.

In 2011, Amy Ruman was the first woman in the history of series to win a race. She achieved the feat in the finale season at Road Atlanta.

The drag racing and circle track racing varieties have always dominated the American racing series. Trans Am Series founded by John Bishop for circuit races gained popularity from 1966 and onwards. It incorporated the iconic cars of the 80s and later.

The series spawned muscle-era legs such as Challenger, Mustang, Camaro, Cuda, Firebird Trans Am, etc. This racing series billed for the pony cars was able to make Shelby famous with instant success in SCCA’s Manufacturers’ award.